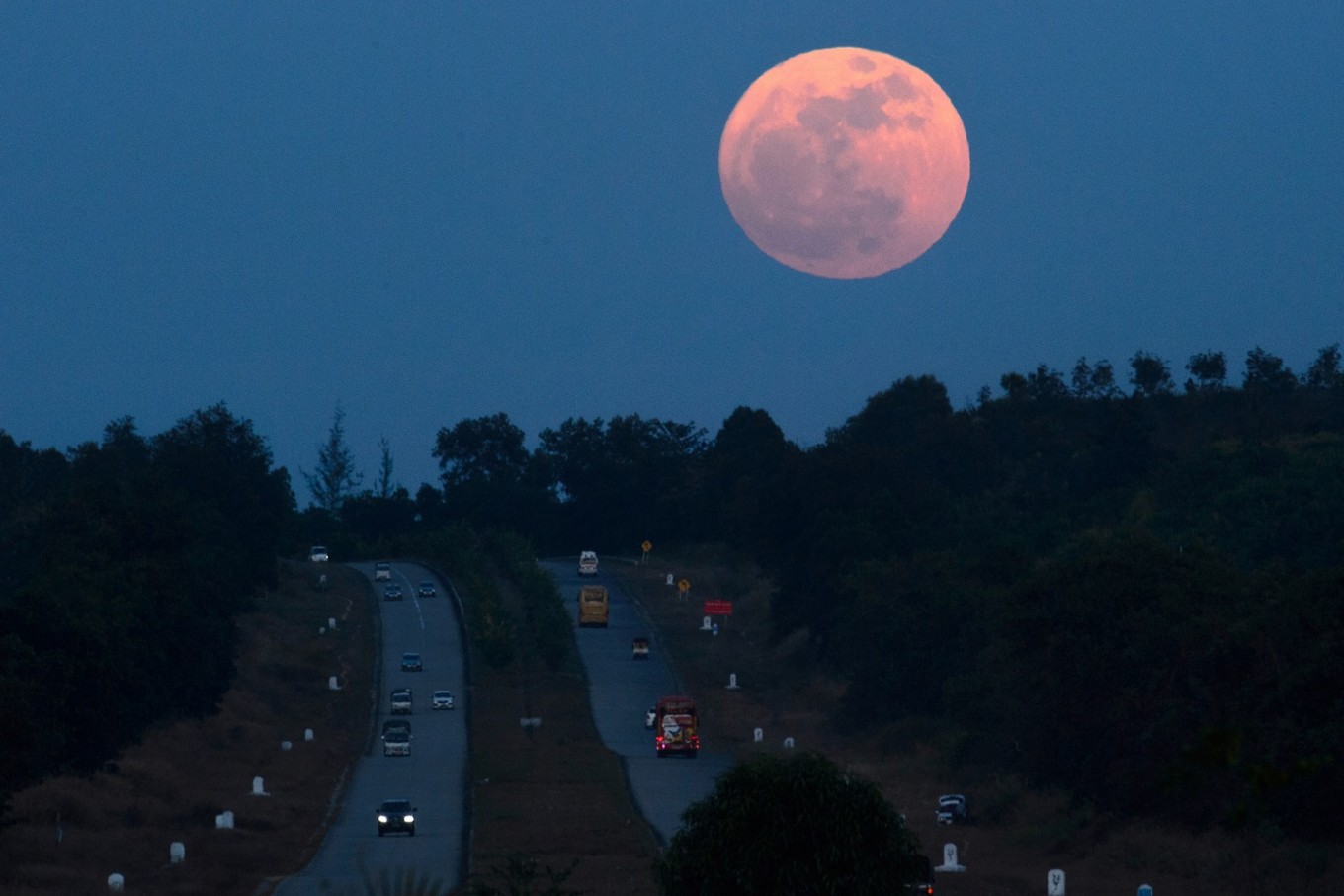 The moon has been around even before the first life form walked on the planet earth. It’s a unique satellite that has been watching us from above the night sky for millions of years. Whether in the form of a natural calendar or a travel companion, it has always been there with us, which is the sole reason it deserves a special place in our hearts.

So, I guess it was pretty terrifying in January 2018 when people all around the world observed a rare phenomenon known as the super blue blood moon. Like most of us, if you found this term mouthful, then no need to panic as today, we will be discussing what a super blue blood moon eclipse is? 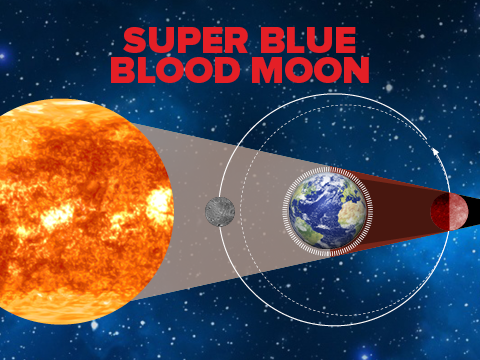 In Astrology, the term “Super moon” refers to the fact that the moon goes around the earth in an eclipse. As it goes closer to the earth, we refer to it as something called “Perigee,” and when that coincides with a full moon, you get to see a bizarre phenomenon known as a Super moon.

In contrast to that, a “Blue moon” is basically a second full moon of the calendar month. While the Blood moon is when the earth passes between the sun and the moon, and the umbral shadow of the earth’s surface is being cast on the moon. This is why it turns all red, and in some rare instances, you get to see something called a blue super blood moon.

The first one of the three is the super moon when the moon looks big and bright in the night sky. That’s the result of the fact that the moon doesn’t go in a complete circular orbit around the earth but moves in an oval shape. This means that sometimes it’s further away, while on the others it’s nearer. In this orientation, it also reflects much more of the sun’s light straight back at us, which is why it appears bright and clear compared to usual (approximately 15% brighter).

The second instance is called the Blood Moon, and that’s just a fancy interpretation of a lunar eclipse. According to the super blue blood moon wiki, it happens when both the sun and the moon get right in the middle. Because of this, not as much of the sun’s light can get to the moon, and as what light can get, it passes around the edges of the earth, where things like dust and atmospheric particles are in abundance. This gives the blood moon its characteristic dark red color, which is as prominent as blue blood moons. 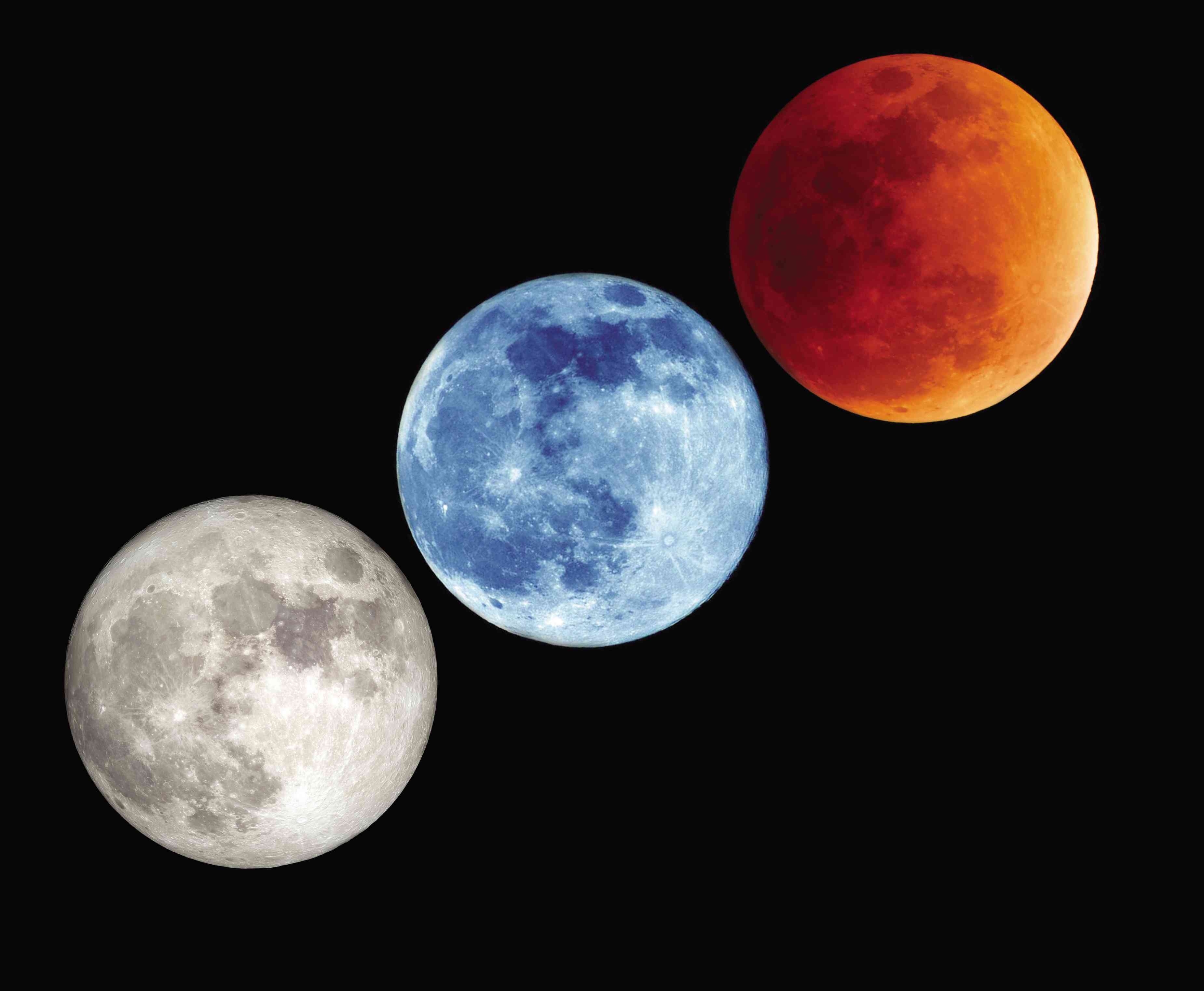 Lastly, on the super blue blood moon, in other instances, we have the blue moon, which doesn’t refer to being blue at all. It occurs when there are two full moons in a single calendar month. Obviously, every month the moon gradually transitions from being new (when you can’t see it at all) to being full (a prominent round circle). Normally, you have this monthly, but on rare occasions, you get to see both at once due to angular orientations. This is what gives rise to a special blue moon in which there might be bluish lines near the edges, depending on your region.

As far as the next super blue blood moon goes, it’s important to know that while everyone may get to see the super moon, only a fraction (some parts of Asia & America) will be able to see a blood moon.

Where & How Often Does a Super Blue Blood Moon Occur? Now the super moons can be observed all around the year. Usually, you may be able to detect their sight 2-3times on a yearly basis, depending on which part of the world you are from. In this instance, the moon will tend to orbit a little closer to earth than normal, making them appear somewhat big. That’s why super moons are not as hard to detect as one might expect.

On the other hand, the special blue moon is when you get a second full moon in a month. They are somewhat rare than the supermoons, so expect them to see once every 2 or 3 years in terms of detection. Also, they don’t actually appear blue, and most parts of Western Europe, the United Kingdom, South America, and Africa will be seeing it right of the bat.

Furthermore, the rest of the world is also going to have a blood moon, and that’s when the moon passes the earth’s shadow, and a total lunar eclipse happens. The earth’s atmosphere filters out the blue color in this case, so the moon might appear reddish. It may not be visible in the UK, so the best places to see it are across Asia, Eastern Europe, North America, and Australia. 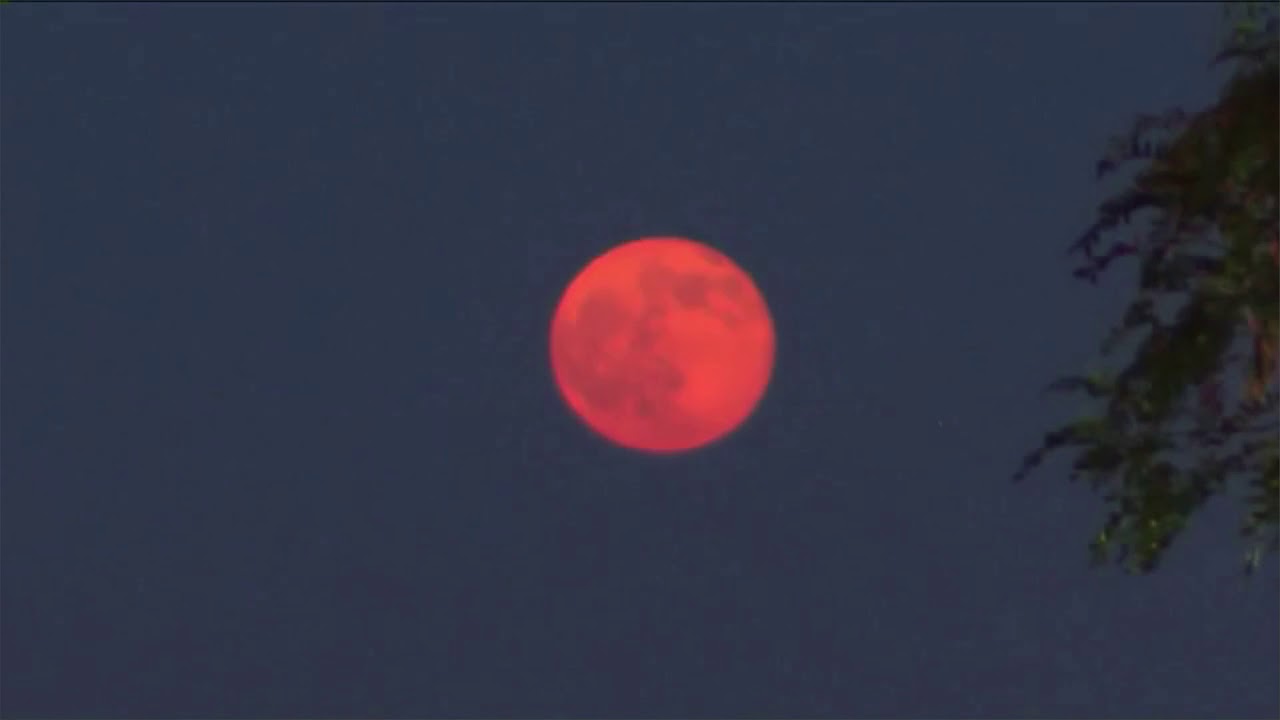 The last Super Blue Blood Moon has observed not a long ago, and a huge part of the world was able to spot it on January 13, 2018. The super blue blood moon time was special because the last recorded instance was back in 1886, that’s approximately 150years from now. I hope this clears the misconception about when the last super blue blood moon occurred.

If you missed the recent super moon blood moon blue moon, then no need to panic as the next super blue blood moon might be closer than you think. According to the data, the super blue blood moon’s next appearance is on May 16, 2022. The Western part of North America (along with Alaska), New Zealand, Japan & Vietnam will be able to visualize it clearly. As for how often does a super blue blood moon occur? Well, NASA says this planetary orientation is perceived every 2.5years. However, you have to wait another 12 years if you miss the chance to observe this spectacle on May 16.

Also check out How To Make a Telescope With Two Convex Lenses. 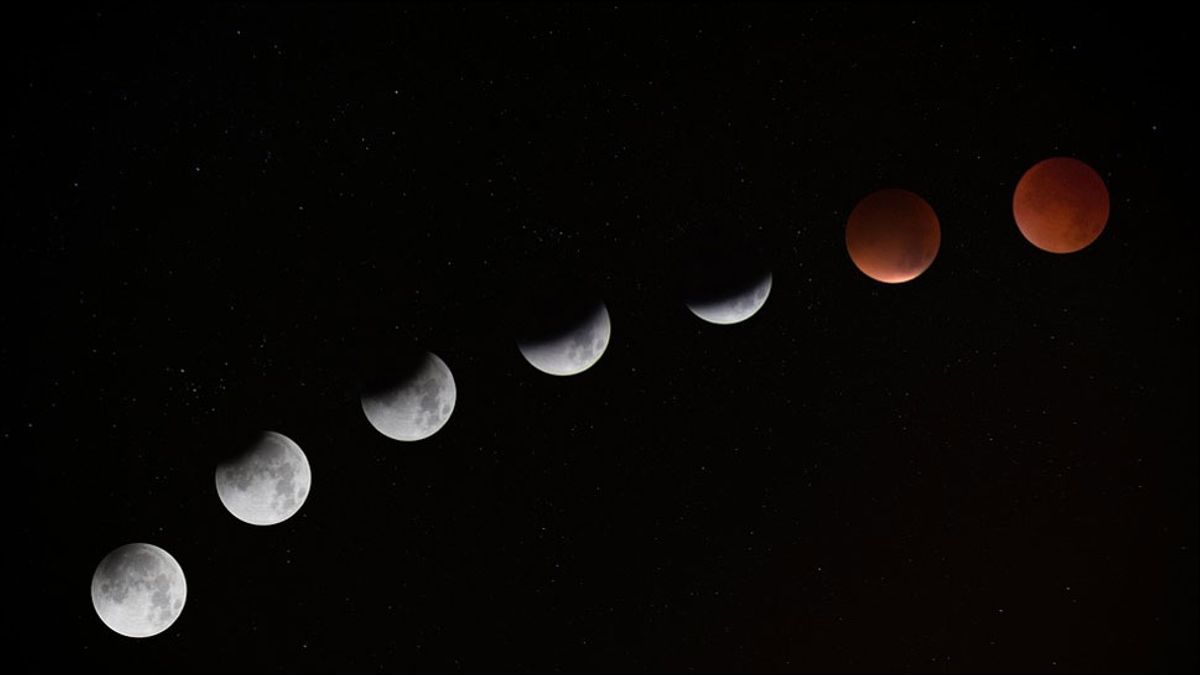 After talking about what is a super blue blood moon, it’s time to uncover some common misconceptions and facts about this heavenly sight. These include;

1)   This Phenomenon Is Quite Rare Than You Think

The super-blood blue moon requires the right alignment between different moon phases in order to be observed in the night sky. However, given the conditions, it’s quite rare to see this phenomenon all year around. As a matter of fact, the preceding one was seen back in the 1860s, solid 150 years from now. So, you have to reconsider how often a super blue blood moon occurs if you plan on seeing it this month.

Many people are looking forward to seeing this lunar event since it is scientifically significant. As it’s a quite rare spectacle, researchers worldwide will also be gathering around to have a deep insight into moon astronomy. On top of that, this study will also allow NASA to find the ideal landing spot for their future missions.

3)   There Are a Lot Of Conspiracies Surrounding it

In terms of super blue blood moon facts, you may not realize, but the internet is full of conspiracies. Some relate it to the emergence of doomsday, while others correlate it to biblical statements. However, the truth is, it’s just a celestial event with quite a lot of recognition.

Want to learn more about the moon? Check out the Best Telescope For Deep Space Astrophotography

Q1, Where can the super blue blood moon be seen?

The super blue moon lunar eclipse can be visualized, especially if you’re in Russia, Australia, or any North American state.

Q2, How often is a super blue blood moon?

For those of you who are wondering how rare is a super blue blood moon? Well, for reference, it comes once in every 2.7 years, so yes, it’s quite infrequent.

Q3, What does a super blue blood moon look like?

Appearance-wise, the full blue blood moon is 15% brighter and bigger. It gives off tinted reddish color in the night sky, which is fascinating.

Q4, How to photograph the super blue blood moon?