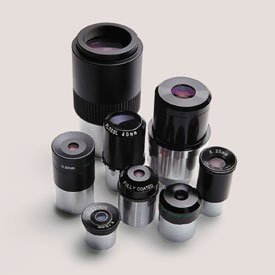 If you are into astronomy, chances are you already know the purpose of a generic astronomical telescope.

A refractor telescope works by using a glass lens through which light rays reflecting off an object are captured and refracted to form an image. These telescopes use an objective lens, which is made from at least two glass elements in order to remove a prismatic effect on the image. This problem usually occurs when a single glass lens is used to refract light. Even though this telescope seems like the perfect fix for an astro-lover that is exploring the world of astrophotography, the cost of producing a double-glass refractor telescope lens makes them an expensive choice. These telescopes best fit the objectives of professional astronomers instead.

Another advantage of the refractor is that they are able to withstand knocks and they cannot be forced out of alignment. This makes them the best choice for being transported around and for those who don’t want a high maintenance telescope. If you have got kids that are interested in learning about the mystery hidden in the night sky, this is the perfect gift for them! 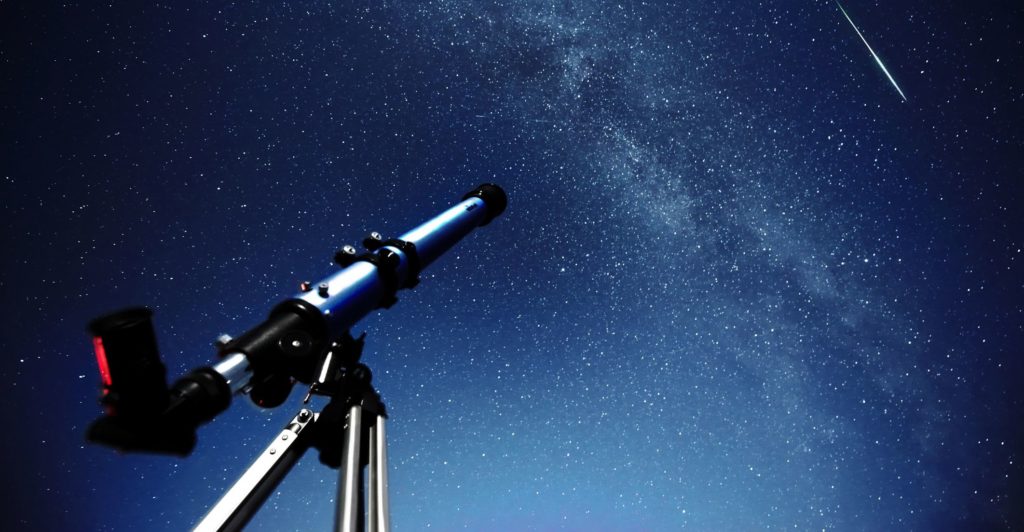 Amateur and professional astronomers that are looking for large-aperture telescopes to capture deep-sky objects lean towards reflector telescopes to do the job.

Dobsonian telescopes were developed in the 1960’s by John Dobson, an amateur astronomer. Having been fascinated by the Universe, John Dobson built his telescope, based on the Newtonian reflector telescope, out of every day common materials such as plywood and cardboard and is mostly, if not always alt-azimuth mounted.

This simply meant that it had a simple two-axis mount for supporting and rotating the said telescope. This type of modified reflector telescope came to be known as the Dobsonian Telescope. 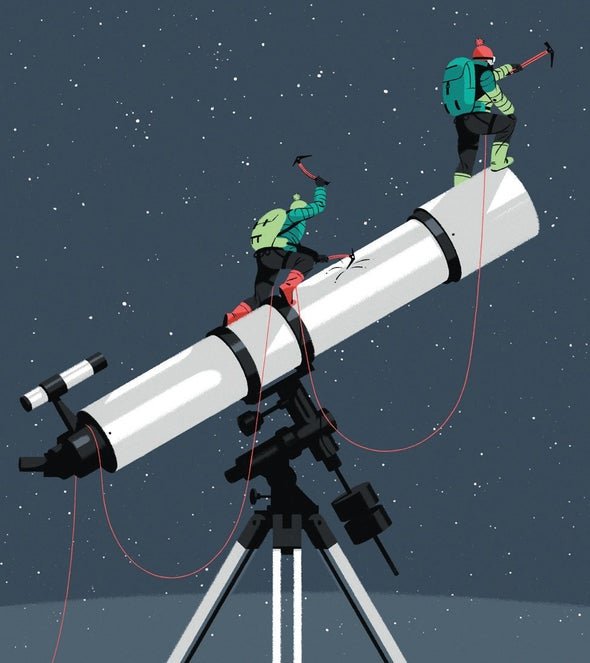 Dobsonian Reflector telescopes are known for being great “deep-sky” telescopes, mostly due to its’ large aperture. Not only are they efficient for viewing the deep skies of the universe, they are also very light in terms of mass in proportion to the diameter of the objective, in other words, but the viewer will also have a very large image without an immovable giant telescope.

In addition, Dobsonian telescopes are very simple to put together, with the altazimuth mounts typically compact, light-weight, and easy to point, making it a preferred choice for astronomers of all levels.

There are two types of telescope curve mirrors.

A concave mirror is capable of forming the image of an object placed in front of its reflecting surface, and the image is either a real image or an inverted image.

Convex lens are also termed as a converging lens, due to the fact that they refract parallel light rays to a focal point, hence they converge. They are one of the most useful and important parts of all-optical devices and are found in eyeglasses, telescopes, microscopes, magnifying glasses, cameras and many other objects.

Double convex lenses are designed to have two focal points, one on either side of the lens. If a double convex lens is being used, one must remember to place objects at twice the focal length in order for them to be reflected. Therefore, the points F and 2F along the principal axis are considered as placement points for subjects under view.

When we are using mirrors, we must trace the rays falling on the lens to figure out what the final image will look like. These rays refract when they enter the lens, and hence the point where they converge is the actual point of image formation. In the figure below, we can see that the 1st ray approaches the lens parallel to the principal axis and gets refracted through the focal point. The 2nd ray also travels through the focal point and is then refracted parallel to the principal axis. The inverted image then forms on the right side of the lens. 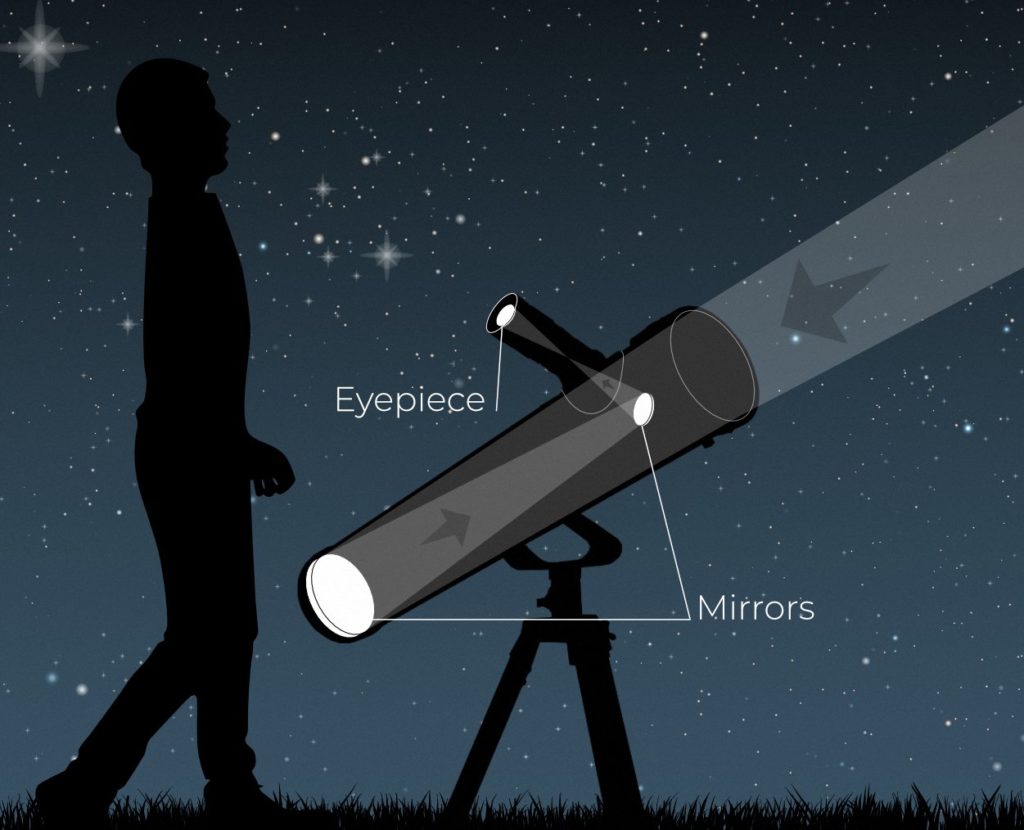 The diagram above shows the situation when the object is outside 2F. In this situation, the image will be between F and 2F on the other side and will be inverted, diminished, and real. A real image is formed through convergence of rays that can be projected on a screen. That is, if you placed a sheet of paper at the image position, the image would actually appear on the paper.

If your subject of choice is placed between points F and 2F, the image will form past the point 2F on the other side of the lens. This image will be categorized as a real image because it will also be enlarged and inverted. You can do a ray-tracing like the one shown to demonstrate this is true.

If your subject is placed between F and the lens, an image will form on the same side of the lens as the placement of the object. This image will be categorized as a virtual image and it will be enlarged and upright.

How to make a powerful telescope with two convex lenses

You can either purchase lenses at your local optical mirror store, or you can try your hands at making your own. Building from scratch can cost less than purchasing lenses, so that is an important note to keep in mind. 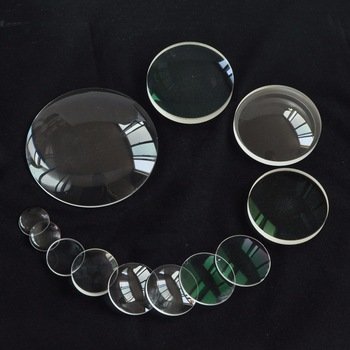 There are some technicalities that are essential when it comes to making your own lens. Firstly, the glass that you work with for your lens must be thick in nature. This ensures that you are not dealing with a brittle piece of glass that might snap under the slightest amount of pressure. Next, build your workspace somewhere cold and covered to avoid the expansion of materials caused by heat. And finally, make use of safety equipment such as gloves, goggles, rubber boots, etc as you will be dealing with glass.

To build your own lens, follow the steps below:

For the secondary lens, make sure you have a 10 to 25 mm wide convex lens with a focal length of 70 mm highest.

Get two corrugated paper sheets and make two cylinders with those sheets. But keep the radius different. Just make sure that one cylinder can slide inside another cylinder.

Use tape while building those cylinders.

An easy way to build the telescope body is by making the paper cylinders by wrapping around the lenses. Just put one lens on the paper sheet and start rolling it around the lens. Once the paper wraps your lens completely cut the rest of the paper. Or you could measure the circumference of the lens and prepare a paper sheet of that width. 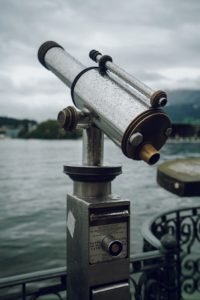 After making the cylinders, comes the hard part. Now you have to insert the lenses into the cylinders. Cut a section of your cylinder and insert your lens through the cylinder.

Now you’ve got two cylinders with two lenses on those.

Step 3: Set up the Telescope

Now that your cylinders are completely ready, you can slide one inside another. But there’s a slight problem at this stage.

Now you have your own telescope.

If you liked this article, make sure to check out our following articles as well: